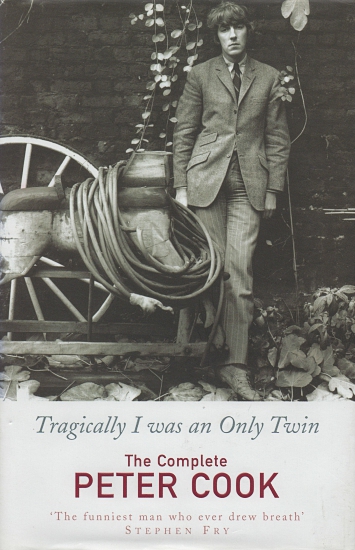 For his many friends and fans, Peter Cook was quite simply the funniest man they'd ever met. And since his untimely death, his reputation of one of Britain's greatest comics shows no sign of shrinking. Despite his reputation for idleness, Cook was a prolific writer, who penned countless outrageous sketches and articles, some of these pieces have never been published before, other are out of print and many have only ever been seen or heard. Consisting of forty of Cook's finest pieces, this book will include his first writings from school and university, taking in his writing with Alan Bennett, Jonathan Miller and Dudley Moore, the Pete & Dud and Derek & Clive dualogues, selections of his satirical journalism for Private Eye, his last ever interview and transcripts from his final television performance along with rare photographs of Cook, many previously unpublished.