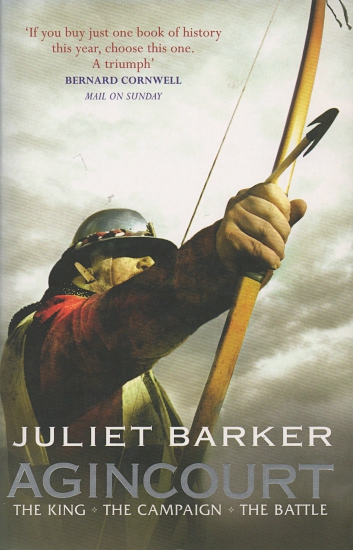 Agincourt took place on 25 October 1415 and was a turning-point not only in the Hundred Years War between England and France but also in the history of weaponry. Azincourt (as it is now) is in the Pas-de-Calais, and the French were famously defeated by an army led by Henry V. Henry V's stunning victory revived England's military prestige and greatly strengthened his territorial claims in France. The exhausted English army of about 9,000 men was engaged by 20,000 Frenchmen, but the limited space of battle favoured the more compact English forces. The undisciplined charges of the French combined with the exceptional skill of the English archers contributed to a pivotal moment in European warfare. Not more than 1,600 English soldiers died; the French probably lost more than 6,000 men. Juliet Barker's shimmeringly brilliant narrative commemorates and analyses a canonical battle in British history.