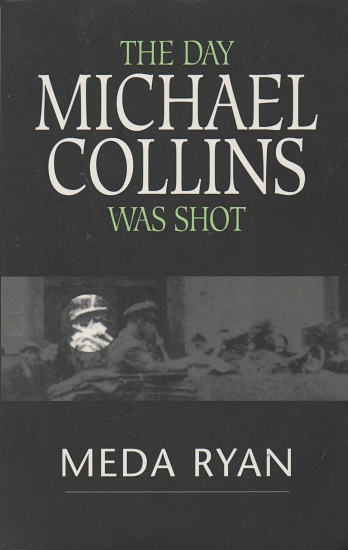 From the book, "Michael Collins was shot dead in an ambush at Beal na mBlath, Co. Cork, on 22 August 1922. The manner of his death and the identity of his killer have been the source of intense speculation and controversy ever since. In this book Meda Ryan solves the mystery. Drawing on eye-witness testimony never before published, she painstakingly reconstructs, in minute-by-minute detail, the last four days of Michael Collins's life and follows, mile by mile, his fatal journey through his home County of Cork."