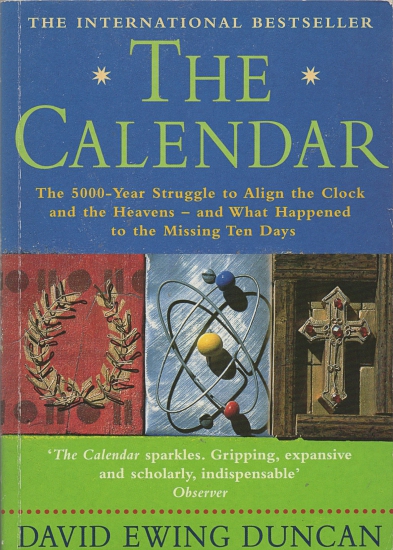 Duncan, David Ewing: The Calendar - The 5000-year struggle to align the clock and the heavens - and what happened to the missing ten days (15501)

When Mao Zedong declared on 1 October 1949 that China would follow the Gregorian calendar, the entire world agreed what the date was for the very first time. Charting developments in science, religion, superstition and politics across the ages from Ancient Egypt to the flowering of Indian and Islamic civilisations and beyond, this is the first complete history of the attempts to reconcile the heavens with the clock, and of the universal establishment of the calendar. The crucible for the development of astronomy, and mathematics, the calendar has always been the measure of how the world is understood and evaluated, and an object of fascination for the greatest scholars. it has existed as long as time itself, but the story of its reckoning is a tale of human will, vanity, experimentation and endeavour: mankind's history of time.