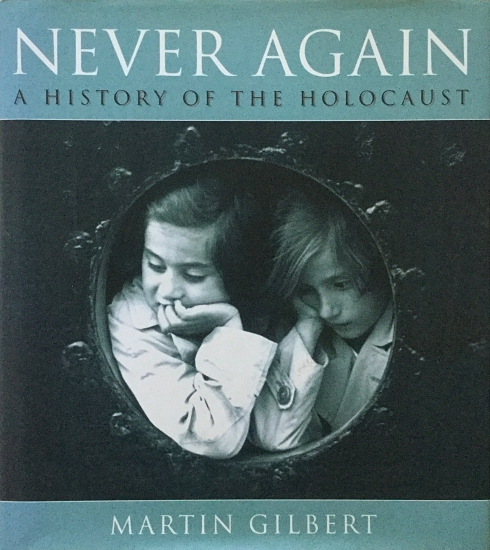 Profusely illustrated with black & white photographs, maps and colour artwork. Fine black cloth hard back with fine unclipped dust jacket. No inscriptions. Martin Gilbert writes of the richness and continuity of Jewish life before 1933; the spread of Nazism in Germany and its victims; refugee havens, and the contribution of refugees to the countries that took them in; the 10,000 Kindertransporte youngsters who were given safe haven in Britain; German military conquests and the further spread of Nazism, starting with Poland, ending with Italy, Greece and Hungary; life and death in the ghettos; and the German invasion of the Soviet Union in June 1941.Through the eight chapters, Martin Gilbert describes the mass murder, the witnesses, perpetrators and escapees; the resistance, and the Warsaw ghetto revolts; death in the camps such as Auschwitz, and individual acts of defiance and heroism, those who were betrayed, and the survivors. He relates the stories of the 'Righteous Gentiles' who risked their lives to save the Jews.He describes the death marches, the survivors of the camps, the liberation of the Jews and the aftermath; the war crimes trials from Nuremberg to Eichman. Finally, he addresses the questions that are still being asked about the Holocaust today.