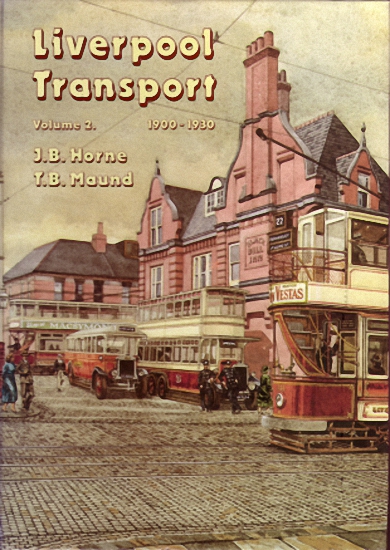 The Edwardian era saw the City of Liverpool at its peak of confidence. Almost unchallenged in its commercial  strength, the city did things in style. The electric tramways were a notable part of the success story that was Liverpool in the thriving pre-1914 years.

This volume resumes the story of Liverpool's trams and buses from the turn of the century and continues through the difficult years of the Great War and the turbulent nineteen-twenties. Many technical innovations are described in detail, on the cars and along the tracks, and the emergence of the motor bus is traced as it challenged not only the trams but the Corporation itself. Public transport made the city possible and now let it grow. These years saw housing estates, municipal and private, cover the green fields while trams and buses with perhaps the lowest fares in England supported the new suburban lifestyle. These were also the years when money could be made in road passenger transport and private bus operators indulged in cut-throat competition; encouraged by Liverpool's sometimes unfriendly neighbours the newcomers ended any monopoly the trams once had.

The reality of working life on the tramways is detailed, with short biographies of the major figures. The relationship between managers and men is traced as paternalism faded before the growth of trade unionism and inter-union strife.