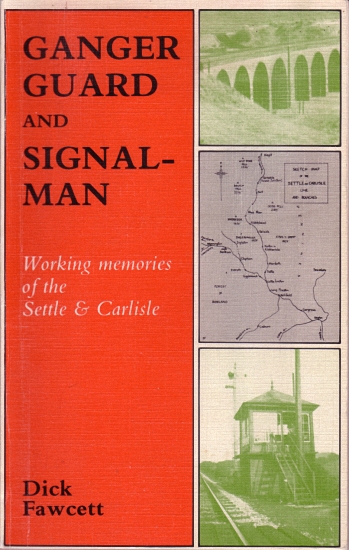 The author started work for the L.M.S.R. in 1932, initially as a mason working on one of the viaducts near the high summit of the Settle & Carlisle. This was followed by a period as a ganger, also based on Garsdale - otherwise Hawes Junction. From this, he progressed to the ranks of the local goods guards, ranging not only over the S. & C. itself between Carlisle and Hellifield, but also over the L. & Y. route from the latter as far as Salford and beyond, and out to Carnforth and Barrow. A transfer as porter/signalman at Bolton Abbey for a spell was followed by promotion to signalman at a number of boxes in the area from Skipton to Ribblehead and on the `Old Road' from Settle Junction through to Clapham and Lancaster. On relief work, he saw duty at almost every box within these limits and this highly personal account of his two decades `on and off the locker' are recorded here in his own homespun style. In all, before retirement, he saw more than thirty years service on and around the Settle & Carlisle, from steam right through to the days of the diesels. In that time he became a well-known local character - not only as a railwayman but also as a poacher of some quite considerable repute. He now lives at Green Close near Clapham alongside the track-bed of the former Ingleton branch, in a house he built himself on the site of former railway cottages. In these pages, alas, space does not permit inclusion of any of the tales of his poaching days and ways, or of the wildlife of the Dales he loves so well . . .