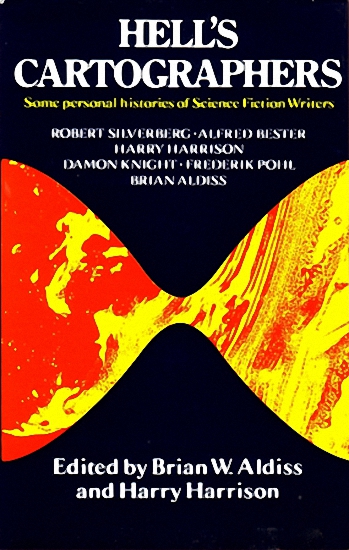 `We are an entirely new sort of popular writer, the poor man's highbrows. We wrote against the grain and were accepted against it. We wrote for kicks and ha'pence. We had faith in what we were doing; individualists though we were and are, it transpired that the faith virtually created a movement. A lot of people needed to re-dream our nightmares.'

So says Brian Aldiss in his introduction to this remarkable and original volume. The new sort of writer is the science fiction writer, very much a figure of this century - the term `science fiction' itself was only invented in the late nineteen-twenties. Science fiction, or sf, has now become something of a cult.
This book is about some of the men who helped create that cult, and who have an inner knowledge of its workings. All of them have remarkable success stories to tell, and tell them with zest.

This is the first time that sf writers have been invited to write about themselves; they come up with six entertaining, eccentric, and enlightening stories, among which are scattered anecdotes about many other well-known writers. For instance, there is Alfred Bester, author of Tiger, Tiger, talking about a memorably terrible lunch with the remarkable John W. Campbell, Jnr., the leading magazine editor of his day. Bester comments about the meeting, `It reinforced my private opinion that a majority of the science fiction crowd, despite their brilliance, were missing their marbles. Perhaps that's the price that must be paid for brilliance

The other authors appearing in this volume are Robert Silverberg; Frederik Pohl, currently President of the Science Fiction Writers of America; Damon Knight, and the co-editors, Harry Harrison and Brian Aldiss. Harry Harrison is a great traveller as well as author and a master of the sf-adventure, such as Deathworld; his impressive novel about an over-populated New York, Make Room, Make Room, was filmed as M.G.M.'s Soylent Green. Brian Aldiss is one of Britain's best known science-fiction writers, while his straight novels, A Hand-Reared Boy and A Soldier Erect were best-sellers; he has also written the widely acclaimed history of the sf field, Billion Year Spree.