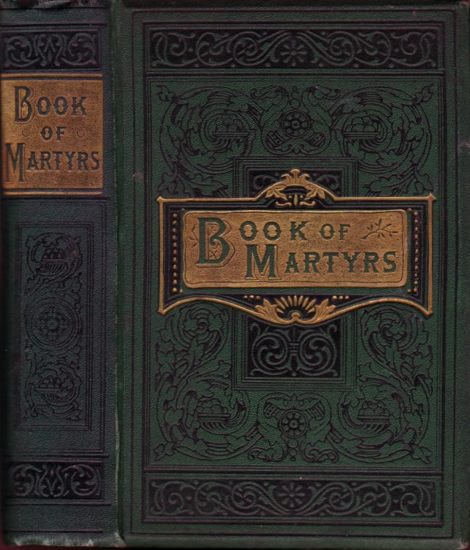 Published early in the reign of Queen Elizabeth I and only five years after the death of the Roman Catholic Queen Mary I of England, Foxe's Book of Martyrs was an affirmation of the Protestant Reformation in England during a period of religious conflict between Catholics and Protestants. Because the English monarch was the temporal head of the Church of England, a change in ruler could change the legal status of religious practice. Adherents of the rejected faith risked persecution by the State, and during the reign of Mary I, non-Catholics were publicly burned at the stake. Foxe's account of these martyrdoms contributed significantly to a nationalistic repudiation of the Roman Catholic Church and asserted a historical justification intended to establish the Church of England as a continuation of the true Christian church rather than a modern innovation.

John Foxe (1516-87) was a professor at Oxford, then a minister in London before being forced to flee to Europe when Queen Mary came to power. While in Europe he wrote this classic and published it after returning to England when Queen Elizabeth took the throne.