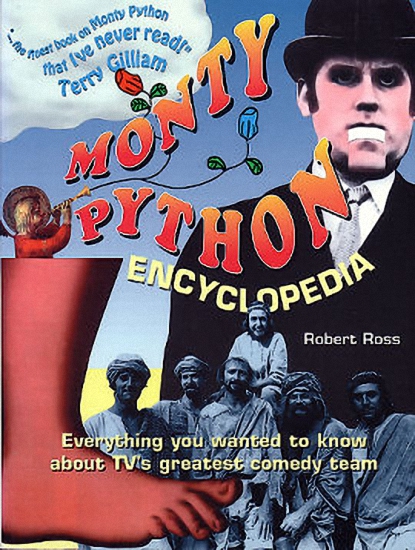 Everything you ever wanted to know about the history and stars of the Python comedy team from And Now For Something Completely Different to The Wind in the Willows via dead parrots, twelve monkeys and Basil the Rat.

•.. Major biographies of Chapman, Cleese, Gilliam, Idle, Jones and Palin.
•.. In-depth coverage of all television, stage, publishing, radio and filmic ventures - as a team and apart.
•.. In-depth study of the Python comic magic, including
key Python sketches.
•.. Full entries for other key figures in the Python story, such as Spike Milligan, Neil Innes and George Harrison.
•.. Full listings of Python books, recordings, videos and societies, plus a whole lot more.