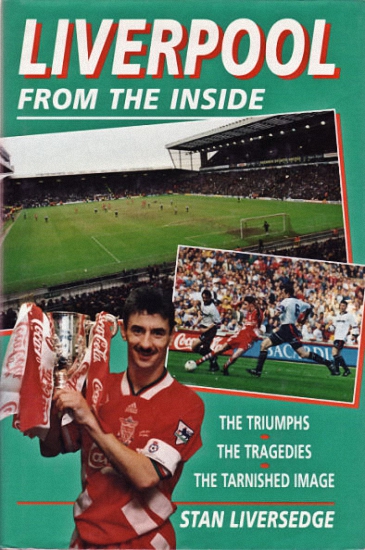 Liversedge, Stan: Liverpool from the Inside (4149A)

Liverpool FC has long been recognised as one of the greatest football clubs the world has ever known. Hugely successful throughout the 1970s and 1980s, with a record~breaking string of Championship and Cup wins at home and in Europe and a legendary support, it was widely believed that Liverpool were untouchable. But a series of disasters struck the club and almost broke its spirit: the tragedies of the Heysel Stadium and Hillsborough were compounded by the controversies of the Souness years.

With the growing strength of Manchester United, Newcastle, Blackburn and half a dozen other clubs in the Premiership, many of the game's observers predicted that Liverpool's fortunes would never again be revived. Now, however, with the 1995 Coca~Cola Cup won and a place in Europe guaranteed for season 1995~96, things are looking up. And one man has seen the club through all the highs and lows of the last three decades: Stan Liversedge, known to the Anfield legions as the editor of the club's match~day programmes, was on the inside of this world~renowned institution for almost twenty years. His unrivalled access to the club's top players, its managers, backroom staff and its board of directors gives Liverpool from the Inside a fascinating authenticity. Ian Rush and John Barnes sharing their view of Graeme Souness; Bruce Grobbelaar defending himself against corruption allegations; and Peter Beardsley describing how Kenny Dalglish was ready to sign him for a record fee ~ and how Graeme Souness eventually sold him.

Stan Liversedge writes about how and why the club makes its major decisions, about the effects of stress on managers and in chronicling the triumphs, tragedies and tarnished image of Liverpool FC, no one is better placed to reveal the inner workings of a club which has undergone massive upheaval in recent years.