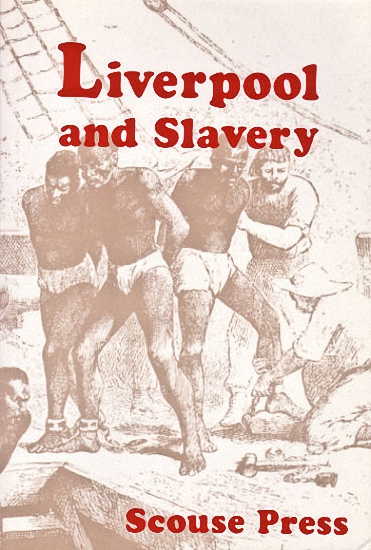 From the foreword by Fritz Spiegl:
Just as a Cockney is a Londoner born in the inner city of London, so a Dicky Sam is a Liverpudlian born within the sound of the bells of St Nicholas's Church on the Pier Head; hence the 'real' Dicky Sam on the title~page of this book.

The Victorian author of this book chose to disguise his identity under the psuedonym 'Dicky Sam' for a good reason: when he wrote it, many of the former slave merchants (or at any rate their sons) would still have been alive, deprived of a lucrative living not many decades earlier through the efforts of the abolitionists; and he would have numbered friends among both slavers and abolitionists. It must be pointed out that his book, like many other accounts, gives too much emphasis to slave auctions allegedly carried on in Liverpool. Let it again be said that traders were clever enough to disguise the 'Africa Trade' (as it was euphemistically called) by taking Lancashire cotton goods and other manufactured items to Africa, trading them against slaves ~ always, of course, with the active participation of African chiefs, who had no hesitation in selling their own people: cruelty and inhumanity of man to man know no colour distinctions. From Africa the traded blacks were taken to the America and the West Indies, where they were sold against raw cotton, rum, sugar, tobacco, spices and other local produce to bring back to the shores of Britain. Thus the boats left and returned carrying ‘respectable’ cargo, and helped to still the growing unease felt among the traditionally liberal and Christian English population.

In recent years it has become fashionable among some sections of the Liverpool community to tar all Liverpool merchants of the 18th and 19th centuries with the same brush. Some unruly individuals recently have even carried their hate~fed ignorance so far as to deface, or mindlessly destroy, monuments to the very men who worked tirelessly for the abolition of the slave~trade, merely because they were Liverpool worthies of the past. It is hoped that this book will help to spread greater awareness of their noble work as well as that of the wicked slave~traders. And it is to a renewed spirit of co~operation and understanding between the many races that comprise the new, and no less genuine, Dicky Sams that this centenary reprint is dedicated.