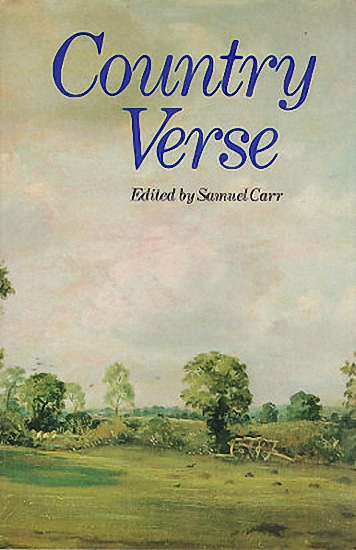 The verse which more than any other is characteristic of English poetry is country verse. The painting which is the most representative of the English pictorial genius is landscape painting. In this collection the poetry and the painting of the countryside are combined in such a way that each illuminates the other. ThusJohn Clare's 'Summer Evening' is complemented by the Lucas/Constable mezzotint of the same theme; Wordsworth's 'To the Skylark' is juxtaposed with a Samuel Palmer print; Philip Larkin's and John Crorne's Trees appear alongside one another; the Woodland poems of Bloomfield, Meredith and Yeats have their echo in the pictures of Crome, Gainsborough and Middleton.

The span covered by the book is from the sixteenth century to the present day. At one end are Milton, Shakespeare, Herrick and Henry King, at the other Ted Hughes, Norman Nicholson, John Betjeman and George Barker. Similarly with the artists, the range is from Richard Wilson, J. M. W. Turner, Francis Towne and J. S. Cotman to Spencer Gore, Stanley Spencer, Robert Bevan and Graham Sutherland. In between these limits the familiar and the little known alternate in the shape, for example, of Cowper and Dyer, Coleridge and Bernard Barton, George Crabbe and Henry Ellison; and, pictorially, in terms of De Wint, Birket Foster and Ford Maddox Brown on the one hand, and John William Inchbold, Alfred Priest and George William Mote on the other.

An anthology which is delightful for its own sake has also a certain importance for the way in which it emphasises an affinity for the countryside shared by English poets and English painters.