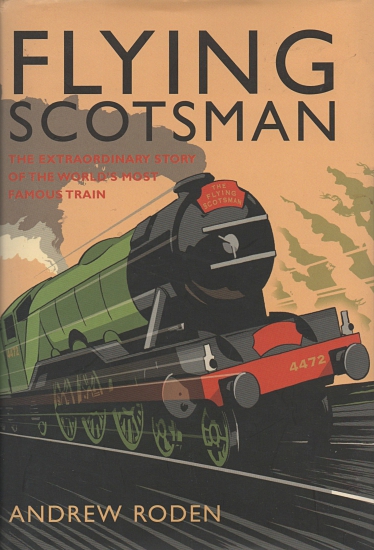 Roden, Andrew: Flying Scotsman - The extraordinary story of the most famous train (15371)

When the Golden Age of Steam is mentioned, one train leaps to mind above all others the Flying Scotsman, Nigel Gresley's elegant masterpiece of a locomotive, which broke the world speed record in 1934 and has enthralled millions with its beauty and power. Uniquely, its postwar career has been even more varied and exciting than the early triumphs. The twists and turns of the tale are detailed here nearly abandoned on a tour of the United States after the money ran out, owned briefly and unsuccessfully by pop mogul Pete Waterman, and put up for sale yet again when the company that owned her went bankrupt in 2003. A massive public campaign saved her, and she is due to steam again in late 2007, after being restored at the National Railway Museum in York. Now, with the aid of numerous interviews with those involved with the Scotsman over the years, the story of the train and all who have owned and worked on it is brought alive.