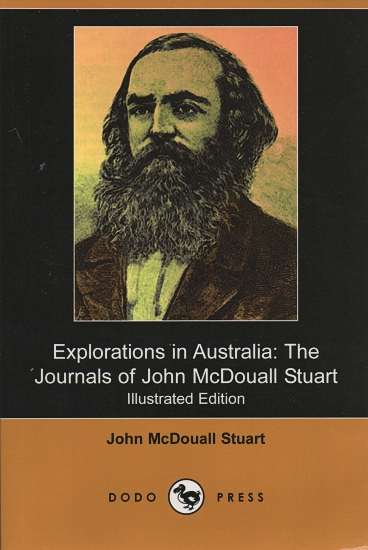 John McDouall Stuart (1815-1866) was the most accomplished and most famous of all
Australia’s inland explorers. Stuart led the second expedition to traverse the Australian mainland from south to north, and the first to do so from a starting point in South Australia, achieving this despite poor backing from the Government of South Australia. His experience and the care he showed for his team ensured he never lost a man, despite the harshness of the country he encountered. The explorations of Stuart eventually resulted in the Adelaide-Darwin telegraph being built and the main route from Port Augusta to Darwin being established, which is now known as the Stuart Highway in his honour. The South Australian Surveyor-General, Stuart’s superior officer, was the famous explorer Captain Charles Sturt, who had already solved the mystery of the inland-flowing rivers of New South Wales, in the process of discovering the Darling River, travelling the full length of the Murrumbidgee, and tracing the Murray to the sea.