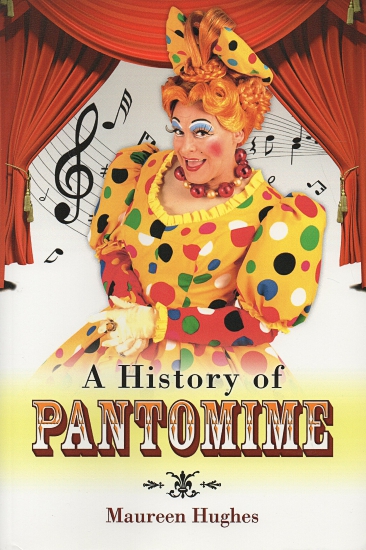 Each Christmas entire families in the UK troop off to see, what one could almost say is 'the obligatory' annual entertainment, known as Pantomime. It is a traditional, seasonal way of life for the British envied the world over, and one which only the British seem to understand! Pantomime serves both to entertain and to introduce each new generation to the joys of theatre in the most unique of ways, for this is not a type of theatre one merely watches, but one in which the audience participate - often in the most seemingly boisterous and bizarre of ways. The whole experience is steeped in tradition, traditions which only the British seem to understand, which is probably why we are proud to call it a 'British Experience.' In the Pocket Guide to Pantomime Maureen Hughes looks at the history of Pantomime as well as taking a humorous look at some of the above mentioned traditions; she also gives a synopsis of each of the well-known Pantomimes whilst exploring the eccentric world of the characters who appear in them; There is a short piece on some of the most well-known and loved of the actors who each Christmas take on the part of Pantomime dames across the UK, as well as a look at others who have contributed to this magical world of fun and eccentricity. It is thought by some to be frivolous and pointless piece of theatre, but a browse through this informative book and you will soon find that Pantomime is an art form all of its own, requiring the most dedicated and talented of actors/actresses who are prepared to honour and perpetuate this wonderful tradition as it is passed down from one generation to the next. DID YOU KNOW THAT - - .* In 1806 the Pantomime Mother Goose sold 3000,000 tickets which was equivalent to a third of the population of London at that time * It is an unwritten rule that a clown never copies the make-up of another clown, thus making each clown unique * It is said that the Ghost of Dan Leno, one of the original great Panto Dames still puts in an appearance at the Drury Lane Theatre * "Here we are again" is the traditional cry of a clown on making his entrance *Each year on the first Sunday in February, clowns from all over the UK gather together in Dalston (East London) in order to attend a church service which is held in memory of the clown Joseph Grimaldi. This annual tradition has been going on since 1946. This annual memorial service moved to Holy Trinity Church in 1959; it was in 1967 that permission was given for the clowns attending to do so in full clown regalia * The first performance of the Pantomime Aladdin is thought to have been at the Theatre Royal Covent Garden in 1788.