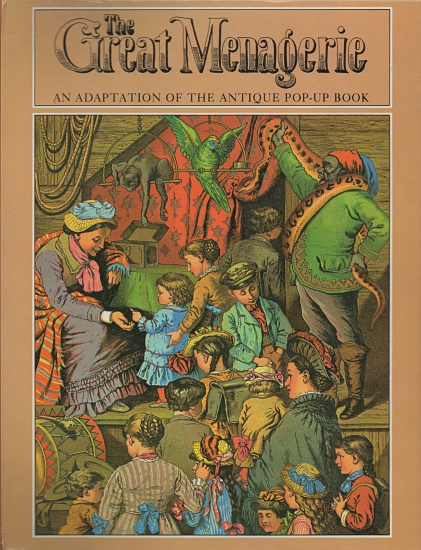 This book pops up to reveal six entertaining scenes from a travelling menagerie show, popular during the late nineteenth century. Anthea Bell has written a series of charming verses describing the acts. The Great Menagerie was originally published in 1884 by J. ESchreiber of Esslingen, Germany.