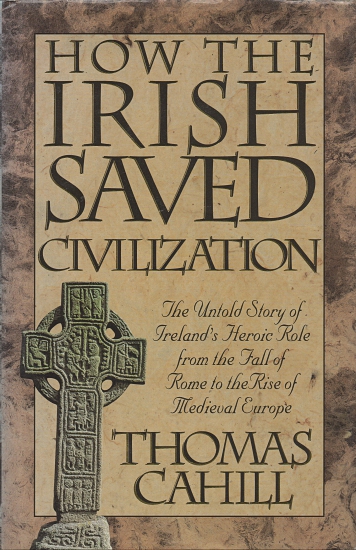 Cahill, Thomas: How the Irish Saved Civilization - the untold story of Ireland's heroic role from the fall of Rome to the rise of Medieval Europe (15537)

The modest claim of this book’s title, makes compelling and entertaining reading. The Irish are often viewed as an isolated people who took little part in the growth of European culture during the medieval age. In fact, Ireland played the central role in maintaining that culture when the Dark Ages settled on Europe in the fifth century. As Rome was sacked by Visigoths and the Barbarians overran its empire, Ireland, through a sense of literacy and learning instilled by St Patrick, became 'the isle of saints and scholars' that enabled the classical and religious heritage to be saved.