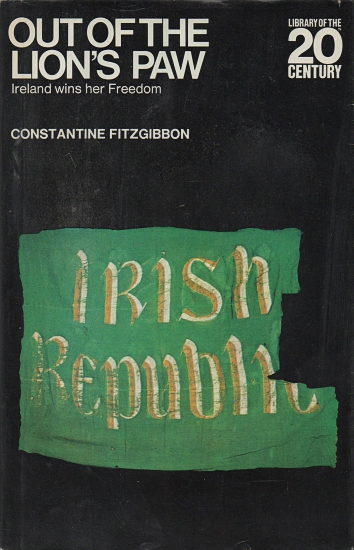 Fitzgibbon, Constantine: Out of the Lion's Paw - Ireland wins her freedom (15475)

"On Easter Sunday 1916, 1000 Irishmen began a hopeless rising against their British Rulers. They were crushed swiftly, brutally, and efficiently. But this futile gesture was the point of no return in a long struggle against the might of the British Empire and led to a period of guerilla war which won Ireland her freedom - freedom which was immediately followed by a long and bloody Civil War. Constantine Fitzgibbon, one of Ireland's leading authors, gives a lively and personal view of these events, the climax of more than three centuries of struggle."