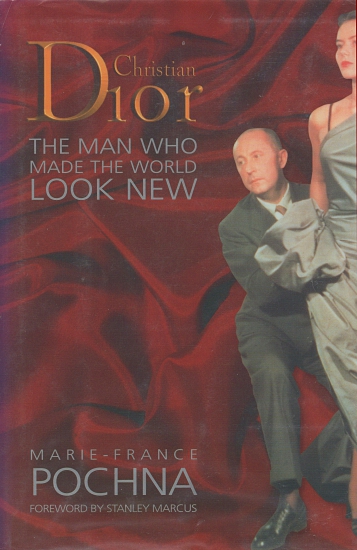 Pochna, Marie-France Translated from the French by Joanna Savill: Christian Dior - the man who made the world look new (15299)

Christian Dior, the legendary French fashion designer, caused a worldwide sensation in 1947, in a Paris still groping to recover from the devastations of wartime occupation. For the next thirty years the House of Dior, with its subdued and refined pearl-grey, velvet-covered walls and its grey carpeting, played host to aristocrats, stars of stage and film, and glitterati from around the world. Much of Dior's daily inspiration emanated from the world of the intellectual and artistic elite, in which he moved with such people as Eric Satie, Francis Poulenc, Henry Sauguet, Jean Cocteau, and Raoul Dufy. In addition to Dior, Marie-France Pochna guides us skilfully through the constellation of Paris high-fashion luminaries: Lanvin, Balenciaga, Lelong, Hermes, Givenchy, and Jacques Fath. Includes an Index.