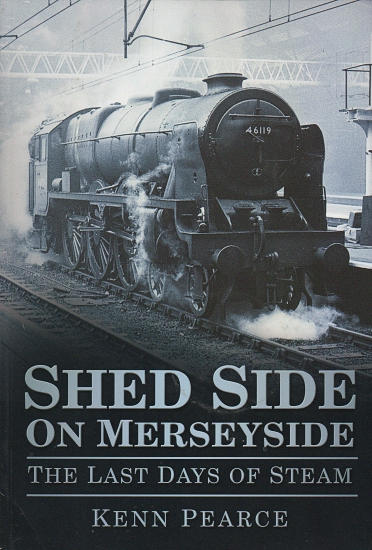 In the 1950s Merseyside was a Mecca for steam enthusiasts; over 400 locomotives were allocated to the seven depots that serviced Liverpool and Birkenhead. This book covers the last twenty years of steam in Merseyside, when the area was the centre of commercial and maritime business. For the enthusiast, these sheds were places of magic, where giants of steam could be viewed at close range; for those who worked there, the experience was somewhat different as poor equipment and long shifts were commonplace. Shed Side on Merseyside provides a fascinating portrait of the daily operations of the freight and passenger trains of the region during the final years of Britain s steam era. First-hand accounts from staff including diary entries provide an insight into this period and contemporary photographs and drawings evoke the grimy, metal-clattering, smoke-filled industry, forever etched in our industrial heritage. Kenn Pearce spent his youth in Liverpool and nearby Widnes, where a gift of an Observer s Book of Locomotives aroused untapped interest in British Railways in the late 1950s. Together with like-minded schoolmates, he explored the grimy, sulphurous but enchanting steam sheds that serviced locomotives in and around Merseyside. Now resident in South Australia, he has forged a career in journalism and had a family. Throughout his interest in railways and in particular steam has been a continuing theme.