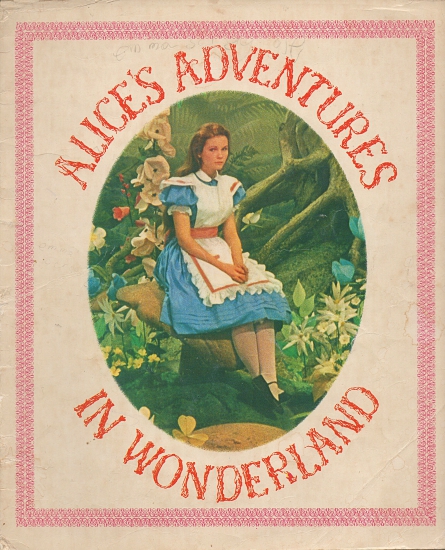 None given: Alice's Adventures in Wonderland (15189)

Booklet accompanying the release of the 20th Century-Fox film produced by Josef Shaftel with music by John Barry. This souvenir storybook features stills from the 1972 film starring Fiona Fullerton as Alice and a splendid cast of famous British actors and was produced to promote the 1972 film of "Alice's Adventures in Wonderland." It gives a brief synopsis of the film, with many coloured photographic reproductions from the film. A list of the stars of the film reads like a who's who of British actors and actresses of that time: e.g., Spike Milligan, Michael Crawford, Dudley Moore etc. This is the first UK edition.