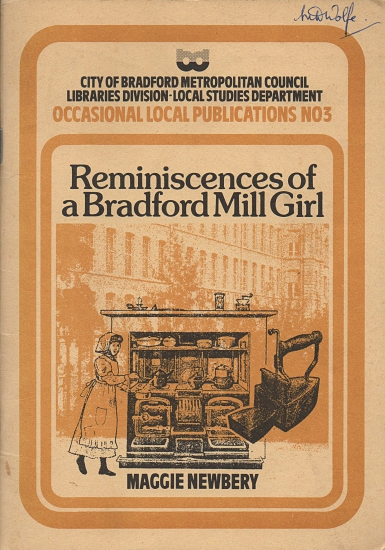 This is Maggie Newbery's story of the country where she lived as a child and the city where she worked in the mills in England. It describes her later experiences as a nurse at Menston Asylum, as a swimming teacher and as a wife, mother and grandmother, against the background of the depression and the Second World War. Photographs and illustrations are included.