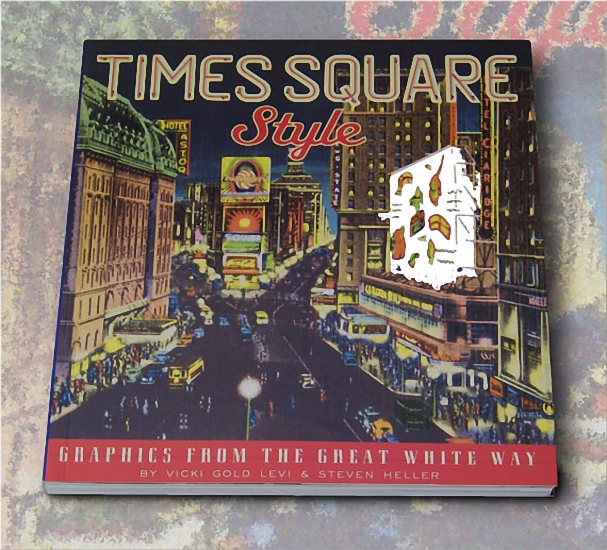 ‘Before there was a Vegas and long before there was “reality television” there was Times Square. For a century it has been the blazing crossroads of the world; the sometimes magical, sometimes tawdry but always spectacular epicentre of American commercial culture.

Times Square Style is a visual compendium of the energy and dazzle and glamour that made the Great White Way the most famous (and most notorious) place in America’s most famous (and notorious) city. From Ziegfeld’s Follies and George White’s Scandals to titanic signs with screaming type – Drink Pepsi! Smoke Camels! Good to the Last Drop! – to burlesques with dancing girls in short, short skirts, this book brings to colourful life a trove of arcane, lost and otherwise forgotten promotions, signs, flyers, programmes, posters, records, napkins, advertisements, billboards and other works of ephemera large and small.

Times Square Style was published on the centennial anniversary of this defining American place and allows us to look back with nostalgic fondness on all of its irrational exhuberance. That says it all, really. The book is packed with images illustrating the history, life and vibrancy of New York’s Times Square – a place with a style of its own.