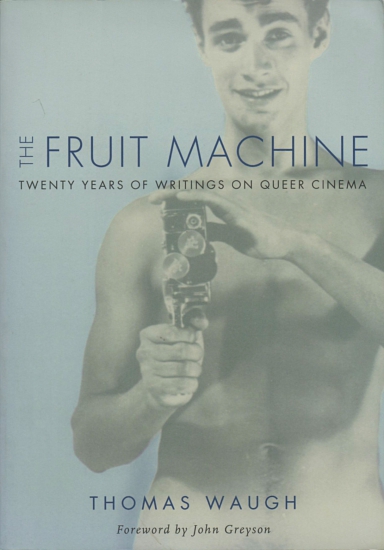 For more than twenty years, film critic, teacher, activist, and fan Thomas Waugh has been writing about queer movies. As a member of the Jump Cut collective and contributor to the Toronto-based gay newspaper, The Body Politic, he emerged in the late 1970s as a pioneer in gay film theory and criticism, and over the next two decades solidified his reputation as one of the most important and influential gay film critics. The Fruit Machine - a collection of Waugh s reviews and articles originally published in gay community tabloids, academic journals, and anthologies - charts the emergence and maturation of Waugh's critical sensibilities while lending an important historical perspective to the growth of film theory and criticism as well as queer moviemaking. In this wide-ranging anthology, Waugh touches on some of the great films of the gay canon, from Taxi zum Klo to Kiss of the Spider Woman . He also discusses obscure guilty pleasures like Born a Man, Let Me Die a Woman , unexpectedly rich movies like Porky's and Caligula, filmmakers such as Fassbinder and Eisenstein, and film personalities from Montgomery Clift to Patty Duke. Emerging from the gay liberation movement of the 1970s, Waugh traverses crises from censorship to AIDS, tackling mainstream pot-boilers along with art movies, documentaries, and avant-garde erotic videos. In these personal perspectives on the evolving cinematic landscape, his words oscillate from anger and passion to wry wit and irony. With fifty-nine rare film stills and personal photographs and an introduction by celebrated gay filmmaker John Greyson, this volume demonstrates that the movie camera has been the fruit machine par excellence.