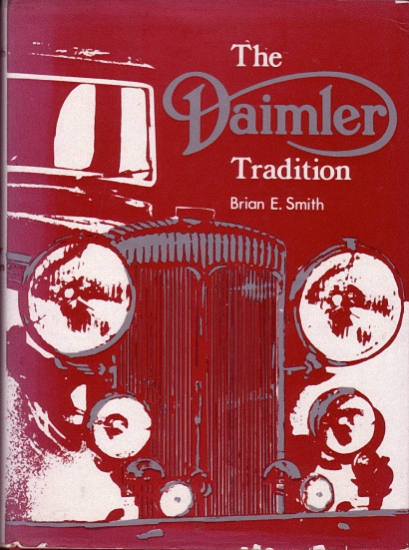 For too long many people have failed to accord to The Daimler Company the credit which is warranted in view of its significant and unique contribution to the automobile industry and indeed to the British way of life.

From tenuous beginnings, the concern grew to attain a position of pre-eminence and unequalled esteem. From the time motoring began Daimler became in this country the `royal car'. Almost invariably at State and other important events through successive reigns, Daimler cars have been much in evidence — their dignity contributing to the occasion.

This work modestly seeks to give the Daimler car its rightful place in the history and tradition of British luxury cars.

The Daimler Tradition is all about superlatives in the realm of automobile engineering, coach-building and performance and about distinguished personages in whose lives the Daimler car played an intimate part.

The Daimler Tradition is a living tradition: after more than 75 years, Daimler cars are still in production and the history of the marque is still in the making.