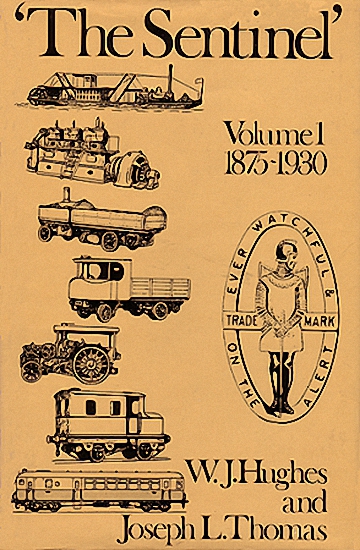 Alley & Maclellan of Glasgow started to build the famous ‘Sentinel’ steam wagons in 1905, but long before that their trade name, ‘Sentinel’, had been carried world-wide on many other products, including stationary and marine steam engines, lighting plant, air compressors, valves, hydraulic units and ships machinery. Their ships, built on dry land’ were afloat also in many oasts of the world, including the Chauncy Maples which still plied on Lake Malawi in the 1970s.

Later the Sentinel Waggon Works, known affectionately as ‘The Sentinel', became a separate entity, and through the famous Super and 'D.G.' waggons developed the design until with the 'S'-type it became known as the Rolls-Royce of steam waggons.

Other products included steam tractors and portable engines, the well-known Sentinel-Cammell railcars, and rail locomotives for both freight and passenger traffic.

This book tells the story of the business from its earliest days until 1930, with its products, prices, and personalities. It will be enjoyed not only by lovers of steam on road and rail, but by any student of technological history, to which it makes an invaluable contribution.