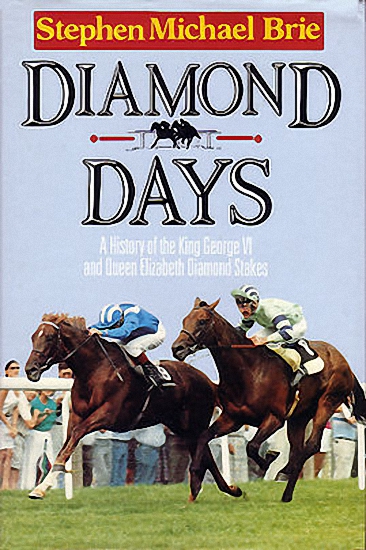 Brie, Stephen Michael: Diamond Days - a history of the King George VI and Queen Elizabeth in the tracks of Diamond Stakes (6822)

In 1990 the racing world celebrated the fortieth running of the King George VI and Queen Elizabeth Diamond Stakes. Regarded as one of the greatest races in the world, it is a superb middle-distance test in which horses of different generations battle for supremacy. For forty years, Ascot has witnessed some of the most memorable moments of racing history on Diamond Day. The winners Nijinsky, Brigadier Gerard, Mill Reef, Busted, Ribot, Nashwan - make up a roll of honour that reads like a post-war history of the turf.

Stephen Brie has written a history of this race, depicting all the triumphs and disappointments, the epic encounters (who could forget Grundy and Bustino in their "race of the century"?) and the colourful characters that have helped to make it a uniquely great event. Diamond Days is a colourful, illustrated year-by-year account of astute comment and thrilling commentary.