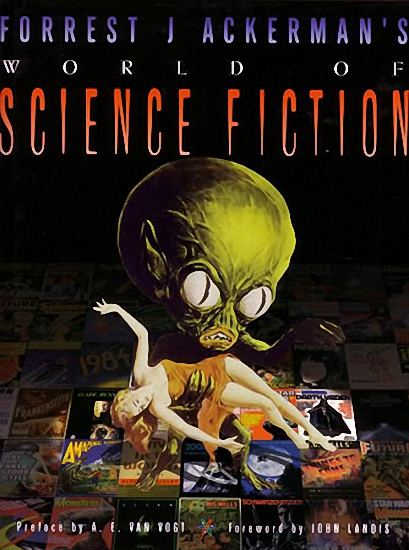 Forrest J Ackerman is known among science fiction aficionados as Mr. Sci-Fi. His contributions to the genre are innumerable. As an editor, he ran Famous Monsters of Filmland magazine for years. As an agent, he has represented dozens of authors, including a young Ray Bradbury, Ib Melchior, Catherine L. Moore, Curt Siodmak, and A. E. van Vogt. As an actor, he has appeared in more than 50 science fiction and horror films. As a fan and collector, he is peerless, and he opens his Hollywood Hills home/museum, the Ackermansion, to the public on weekends free of charge, where they delight in 70 years' worth of memorabilia: movie props and posters, rare books and magazines, and hundreds of paintings and photos.

Forry coined the term "sci-fi" in the early '50s; was awarded the first of his six Hugo awards in 1953 (the year they were initiated); and has received two Golden Saturn awards from the Academy of Science Fiction, Fantasy and Horror.

This volume is heavily illustrated with classic sci-fi book jackets; great, colorful images from long-out-ofprint magazines; and a comprehensive 20th-century photo collection of classic actors, creepy reptiles, and "gi-ants" that will thrill the sci-fi connoisseur.