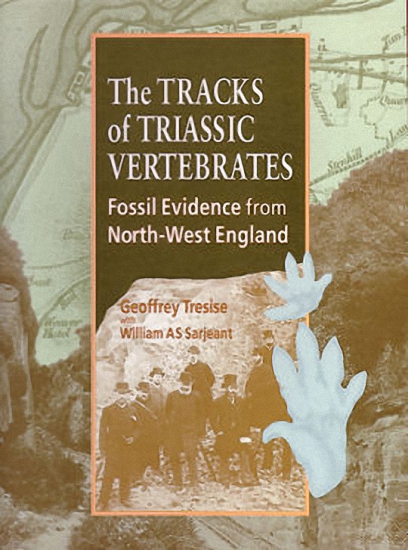 Fossil footprints deriving from large vertebrates dating from the Triassic period were found in both Germany and England in the 1830s. Since the prints bore a marked resemblance to the human hand, they were named Chirotherium - the 'hand animal'.

A puzzling feature in both countries was that the desert sandstones in which these pre-dinosaur footprints were found contained no skeletal remains of the animals that had left them. Chirotherium's identity was to remain a mystery for over a century.

This lavishly illustrated book traces the history of the discovery of the tracks in north-west England, and narrates the finds of the nineteenth century, drawing from hitherto unpublished contemporary accounts and illustrations. It also describes the turnof-the-century work of ichnologist Henry Beasley, who played a leading role in the study and classification of the footprints, and whose extensive photographic archive is both fully inventoried and generously illustrated here.

By weaving anecdotes of the eccentric experiments of the early gentleman geologists into the narrative, the authors skilfully bring the period of the Victorian scientist to life.

The Tracks of Triassic Vertebrates provides an illuminating commentary on the study of tracks, trails and trace fossils and is indispensable reading for those interested in the history of geology.