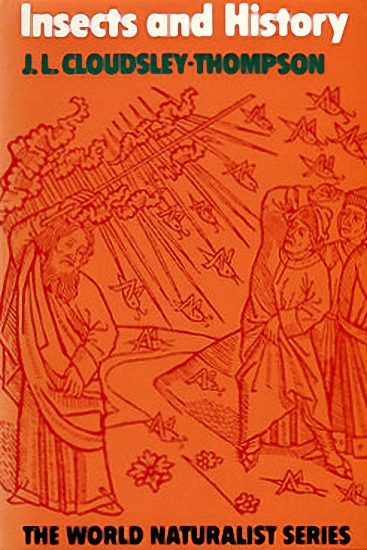 This is a fascinating account of the ways in which the insect world has affected the course of human history since pre-historic times. Never before has all this information been gathered within a single volume, and the aspects of history with which the book is concerned have consistently been overlooked.

Professor Cloudsley- Thompson, an eminent zoologist and distinguished author, has gathered a wealth of evidence from disparate sources, both ancient and modern, revealing the extraordinary extent to which insects, in their role of transmitters of epidemic disease, have altered the destiny of mankind.

Insects have destroyed armies and confounded generals. They contributed largely to the Exodus of the Israelites from Egypt, with all its consequences, and have influenced religions everywhere. In England, they were, more than any other single factor, responsible for the growth of the medical services.

Nor has their importance as sources of food, drink and other valuable products been insignificant. Insects made an empire of China, opened up central Asia, and brought the East into contact with the West.

All this, and much more, is presented in this lucid and dramatic re-interpretation of the highlights of human history.

With 28 line drawings and 7 maps in the text.
Jacket illustration: Moses sends the plague of locusts, from the Nuremberg Bible (1483); courtesy of the British and Foreign Bible Society, photo Freeman.