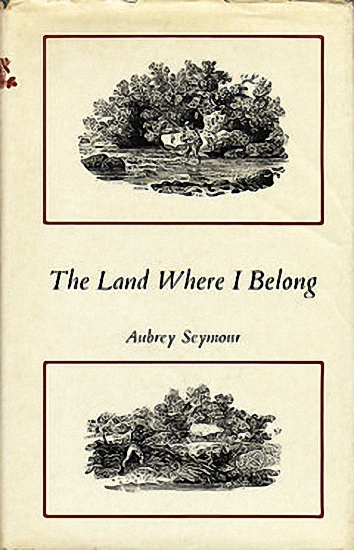 Farming has often been described as 'a way of life' as distinct from 'a living,' and countless numbers of town dwellers cherish an envious respect for the countryman's lot. Sadly but inevitably, the age-old picturesque pattern of green-finger, stock-sense husbandry has yielded to the rule-of-thumb techniques of factory-style production; and sadly, too, few who have witnessed the transformation at first hand have recorded their reactions and their memories of the pleasures and hazards of old-time farming ways.

Aubrey Seymour answered the call of the land in the draught horse cultivation days of the early years of the century, and became his own master before he was twenty. He experienced some of its harsher disciplines across the Atlantic on the prairies of Manitoba at the age of sixteen, and subsequently returned to his native Midlands to farm in Warwickshire, where he still lives in active but contemplative retirement at Shipston-on-Stour.

The Land Where I Belong - the title is a happily apt quotation from 'The West Wind' of John Masefield - is a remarkable testament of devotion to a farming career extending across six decades. Mr Seymour's vivid reminiscences of a quietly eventful lifetime close to nature and happily bound to the soil provide a piquant insight into a rural economy that has changed a1most beyond recognition since his chi1dhood. His acutely developed powers of observation and his incisively retentive memory are free from the falsifying self-delusions of nostalgia, however. 'I have been a farmer, on and off, for over sixty years,’ he writes in unrepentant conclusion in his final chapter. ‘I have not made a fortune, but I have had a wonderful life, and if I were given the chance to begin again as a boy, I should choose to be a farmer again.’

His book is not only the portrayal of a wonderful life richly endowed with interests and satisfactions, but also an unassuming literary achievement that will bring new delights to all who have reveled in the farming classics of A. G. Street and Adrian Bell. Beyond its invaluable record of agricultural conditions since the turn of the century, its sensitive but entirely unromanticised perceptions of wild life habits and behaviour attain a lyrical quality that justifies comparison with Selborne’s Gilbert White, enlivened by shafts of gently philosophical humour worthy of Izaak Walton; the author’s chivalrous approach to the pursuit of ‘fur, feather and fin’ will be warmly approved by all field sports enthusiasts. Indeed, for everyone who loves the English countryside in all its varied aspects and activities, this is a book to be welcomed and enjoyed at first acquaintance and to be re-read and dipped-into time and again with renewed and enhanced appreciation.