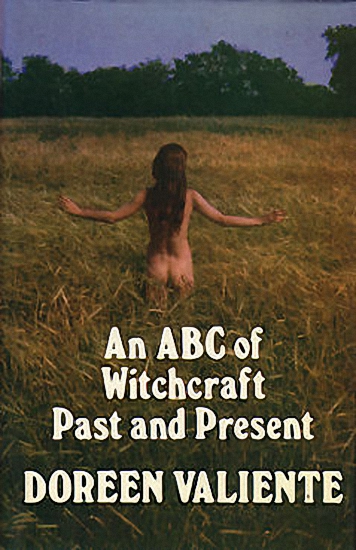 Valiente, Doreen: An ABC of Witchcraft Past and Present (8881)

This is the only book of its kind on witchcraft that has been written by a practising witch. It is intended to be not merely a history, but a guide to the many strange byways of a vast and fascinating subject. Witchcraft is as old as the human race, and it is actively practised today, by people of all classes. To its devotees, witchcraft is more than spells and charms, or even secret meetings and rituals; it is a philosophy and a way of life.

It claims to be the oldest form of religion, that of nature-worship and magic.

The author has studied the occult for more than twenty years. She has been initiated into four different branches of the witch cult that flourishes in Britain today.

Since the last Witchcraft Act was repealed in 1951, the revival of public interest in witchcraft has been the subject of continuous controversy. This book seeks to be a serious contribution to the study of a subject too long obscured by prejudice and sensationalism.