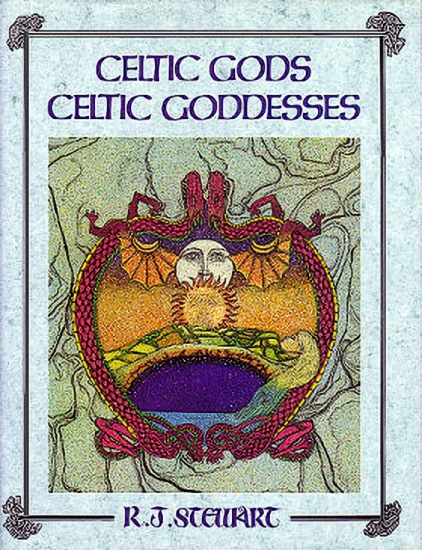 Many of the beliefs and customs of the ancient Celts persist even today in Western culture. They survive in curious and often surprising ways within folk tradition.
In Celtic Gods, Celtic Goddesses Bob Stewart takes a penetrating and detailed look at the mythology, magic and religion of the Celts and examines their enduring strengths and their continued relevance.
The foundation of Celtic religion is the sacred quality of the land, symbolized by the potent goddess of sovereignty from whom all the other mythical figures derive. These figures also have origins and meanings, beyond the environmental, that lie in the stars and their constellations. This book shows how the myths and legends of the Celts work on three different levels of significance. Firstly, as simple adventure, where characters such as Cuchulainn and The Green Knight act out events of heroic scale, yet retain many human characteristics. On a second and deeper level, these figures are revealed as pagan gods or goddesses who represent the sacred attributes of nature and the living landscape. On the final and deepest level, the gods and goddesses are shown to be manifestations of an older, higher magic that relates to the planets and stars, and is echoed worldwide in myth, religion, magic and ancient traditions.

Bob Stewart's examination of this complex and fluid relationship between the gods as people, as symbols of nature and as sacred powers makes Celtic Gods, Celtic Goddesses a fascinating and invaluable source of reference.

The text is illustrated with numerous line drawings of artefacts and with outstanding colour plates specially commissioned from Miranda Gray and Courtney Davis.