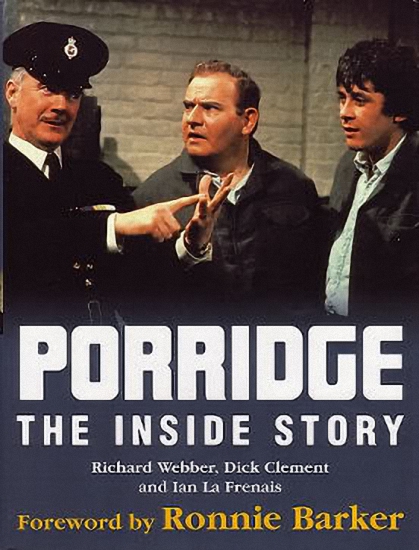 Porridge is regarded by many critics as Britain's best sitcom and was an instant hit when the pilot appeared on Britain's screens in 1973. Ronnie Barker and Richard Beckinsale were perfectly cast as the experienced lag and the naive first-time offender and their developing relationship had viewers gripped until Slade Prison closed its doors for the final time in 1977.

This is the first time the real story behind the muchloved series has been told. Written with the full backing of the show's writers, Dick Clement and Ian La Frenais, this ultimate, fully illustrated companion reveals how they devised the idea and the inspiration behind the characters. It includes full actor profiles as well as interviews with the directors, other members of the production team and the actors, including Ronnie Barker. All 21 episodes are detailed in full, including cast lists, transmission dates, audience figures and plot summaries. Going Straight, the sequel to Porridge, is also extensively covered.

A must for all the millions of Porridge fans who want the inside story of this classic comedy.