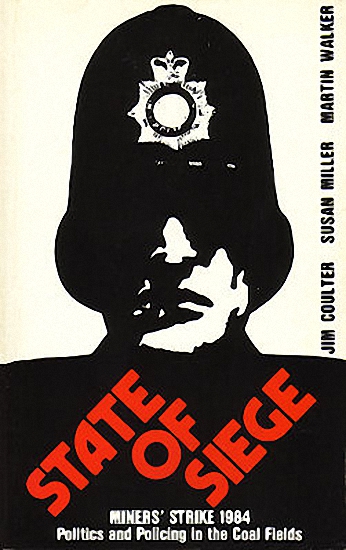 State of Siege contains three chronological reports about the role of the police in the 1984 miners' strike. It covers a period from the beginning of the strike until the end of September.
The book is based on first hand interviews and research in the mining communities, and it represents the first serious look at what are dangerous political' developments. It is a powerful intervention against the orchestrated barrage of force and propaganda directed by the state against theminers.

"This report ensures that the strikers' view of policing in the coal fields is placed on permanent record." Tribune

"This document should form the basis of a full labour movement inquiry into the policing of the strike." London Labour Briefing

"Another instalment of left-wing bile against the police." Yorkshire Post

"Thank you very much for your report State of Siege. Could I say that I think both parts are excellent and provide a major contribution in countering the invidious way in which the state and its instrument, the police, are becoming more and more involved in what we have come to regard as the democratic processes in our society.

To that extent your report will help people to think about what is happening and hopefully join us in the fight back." Arthur Scargill, President, NUM