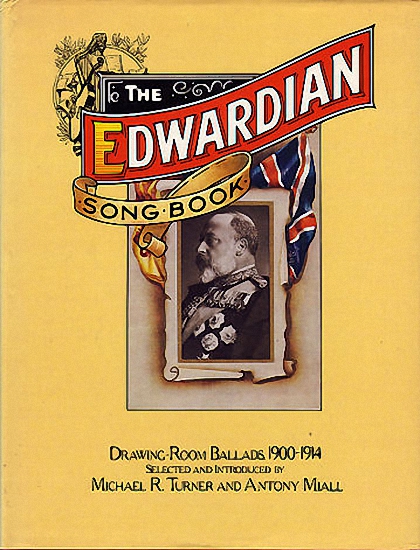 Lift the lid of your great-aunt's piano-stool and you will be sure to find a few drawing-room ballads. Here is a selection of the best of them from the Edwardian era. They brought pleasure and inspiration to millions of people, both in their own day and in the years since then. You will half-know many, for they were the hits of their time and are in the repertoires of famous singers even today: "Land of Hope and Glory", "Drake's Drum", "Glorious Devon", "I Hear you Calling Me", "Macushla", "Kashmiri Song". They strike a mingled chord of pride and nostalgia, for they were as much part of the fabric of Edwardian Britain as the musichall songs that are so well known. Drawing-room ballads were, in fact, the folk art of the middle-classes.

Here is a delicious voyage of discovery back in time. The songs in this collection were originally introduced at Ballad Concerts run by the publishing house of Boosey by such celebrated artistes as Dame Clara Butt and John McCormack. The ones that met popular acclaim were rolled off the presses, despatched to all corners of the English-speaking world, rendered in smart drawing rooms, suburban parlours and colonial cabins, and recorded for the new Phonographs, Graphophones and Gramophones and eventually settled to rest beneath the seats of those innumerable piano-stools.