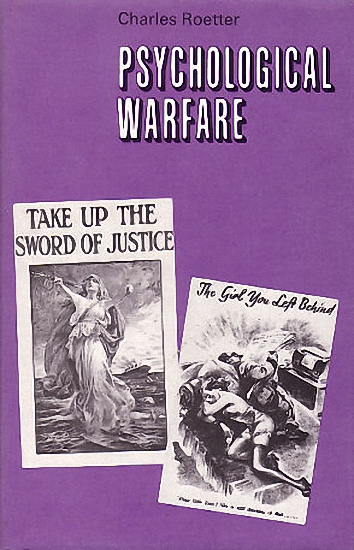 Even today surprisingly little is known about the conduct of psychological warfare in the two World Wars. This book explains in fascinating detail how and with what success the psychological arm was used by the British, the Americans, the Germans and the Japanese. Himself a "psychological warrior" in World War II, Charles Roetter, its author, has the dual qualification of having been both an active participant and so subsequently a close student, of the subject. Valuable as the book is as an analytical study of the principles and techniques of psychological warfare, it is no less engrossing as an account of the specific ways in which these techniques were put into practice.

That they were sometimes dramatically successful is proved, for example, by Goebbels' exploitation of the Katyn Massacre as a means of sowing discord between Russia and her allies by the British - but ostensibly German broadcasting station "Soldatensender Calais" (its plausibility increased by an ironically outrageous vilification of Churchill); by the American broadcasts to Japan of Captain Zacharias, and by the beguilingly sexy transmissions of "Tokyo Rose" to American troops.

An informed and diverting narrative is illustrated by reproductions of pictorial propaganda used by the participants in both World Wars.