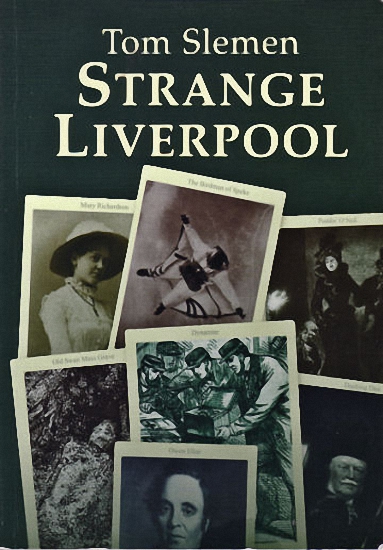 Tom Slemen has earned himself an enviable reputation as Liverpool's foremost authority on the paranaormal. Tom is well known both on local radio and in the local press and his Haunted Liverpool books are all bestsellers. In the course of his research into the supernatural, he frequently comes across true stories which do not fit into this category, but are fascinating nonetheless. Over the years, he has filed these stories away and has now brought them together to produce an intriguing mix in Strange Liverpool.

It is probably the sheer variety of his stories which is the key to his success, taken as they are from way back in the past, right up to the present day, and featuring characters from all walks of life.

In Strange Liverpool we meet Mick Riley, a lazy Liverpool layabout who perfected the art of doing nothing and was the person responsible for the saying 'enjoying the life of Riley'. In total contrast, Owen Elias, a simple Welsh lad from Angelsey, came to Liverpool to make his fortune and through sheer hard work and determination, built street after street of Victorian Liverpool.

From the French birdman who met his death at Speke airport, to the gang of barefoot child thieves who led the police in Victorian Liverpool a merry dance; from Scary Mary of Scotland Road, to Dashing Dan of Lime Street, this book is crammed full of strange and incredible characters and is a must for all Tom Slemen fans.