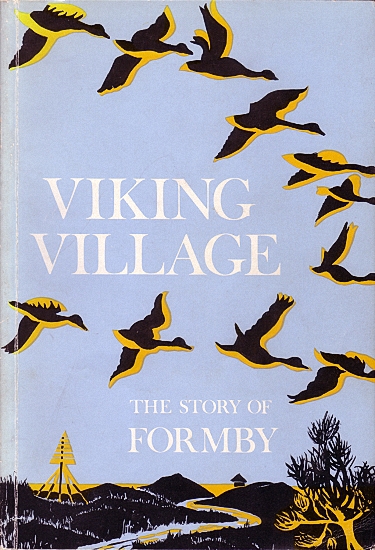 The village of Formby was founded by Norse settlers in the early tenth century in what was then a remote and inaccessible part of the Lancashire coast, cut off by forest, lake and marshland from the rest of the country. For many centuries its inhabitants led a quiet and isolated life, tending their fields and their livestock, making and mending their boats and fishing gear, and keeping a watchful eye on the dunes and watercourses which alone protected them from inundation. It was not until the nineteenth century that the coming of the railway opened up communication with Liverpool and began the process by which Formby eventually became a Merseyside commuter town. Even today, however, the district retains many distinctive features, and the coastline (much of it now a protected area) attracts many thousands of visitors throughout the year.

The history of Formby has never been dramatic, but it is full of interest, and in Viking Village it is told for the first time. Originally published in 1973, and long out of print, the book is now reprinted in a revised and updated form.