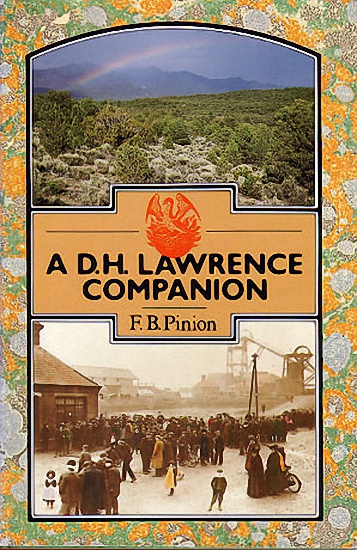 This study serves principally as a guide to the evaluation of Lawrence's works. Each novel is the subject of close analysis; all the shorter stories are considered; and the poems, constituting 'a biography of an emotional and inner life', are surveyed with reference to important changes in the text Lawrence's poetical development, and his attitudes to life and society. The grouping of poems relative to Jessica Chambers, Louisa Burrows, Helen Corke, and his mother is an early feature of this section. Lawrence's unusual views are presented in terms of his own imagery. Familiarity with his poetry and thought is not a prerequisite, but it can be of enormous help in the appreciation of a writer who is frequently misunderstood, often at cardinal points, partly because the full force of his figurative writing is not realized, sometimes because his zeal and creative energy outstripped his critical awareness. Special attention is given to the artistic function of imagery in Lawrence's fiction, notably in scenes and actions where metaphorical meaning far outweighs the literal.

Since Lawrence's work is so intimately linked with his life and travel, the biographical introduction is presented in considerable detail. Other sections are devoted to his 'travel' books, plays, literary criticism, and other important works. Numerous references to key passages in the letters and miscellaneous prose help to familiarize the reader with the corpus of Lawrence's work, and with all major aspects of his thought.

Despite his exceptional creative gifts, Lawrence relied unusually on his surroundings for 'copy'. An appendix on people and places in the novels is supplemented by incidental identifications in the chapter on the shorter stories. aps, together with more than forty illustrations, complete this comprehensive guide to Lawrence.