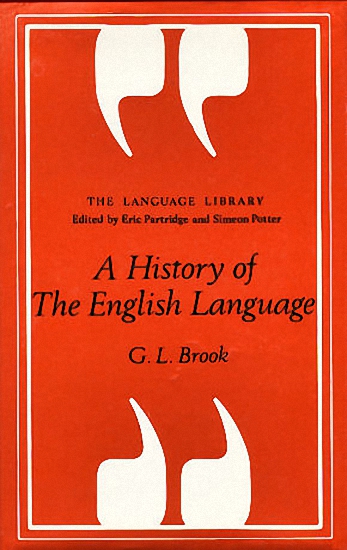 The author's aim in writing this book has been to provide the historical explanation of some of the puzzling features of the English language as we use it today. He has had in mind both the general reader and students at universities and training colleges who wish to learn something about the history oftheir own la nguage. There are introductory chapters on the nature of language and the sounds of speech, followed by a brief sketch of the history of the English language from the earliest times of which we have any knowledge down to the present day. Later chapters deal with the history of English spelling, phonology, accidence, syntax and the development of meaning.

Professor G. L. Brook is Professor of English Language and Medieval English Literature at the University of Manchester. He is interested in the study of dialect and was the founder of the Lancashire Dialect Society and the first editor of its Journal. In 1951 he was a visiting professor at the University of California, Los Angeles. His publications include English Dialects, The Language of Dickens (both in the Language Library), An Introduction to Old English and an edition of the Middle English Harley Lyrics.