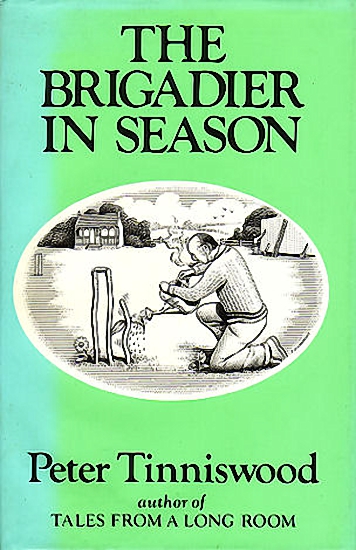 Tinniswood, Peter: The Brigadier in Season (2312)

It is spring in Witney Scrotum - the swallows have returned to the golf ball museum - and the Brigadier, acerbic narrator of Tales From a Long Room and The Brigadier Down Under, is in reflective mood.

Moving lightly over the horrors of the moving television screen, the British Empire, the glories ofthe 'summer game' and the groundsman's horse, he remembers with fondness - tempered by the occasional burst of outrage - such incidents as the day they discovered the Commodore's gardener was none other than Hermann Goering, the visit of the Holy Father and his fiendish leg tweak, the destruction ofthe Royal College of Umpires and many, many others. The Brigadier's eye is happily undimmed by the passage of years, and the results are hilarious.