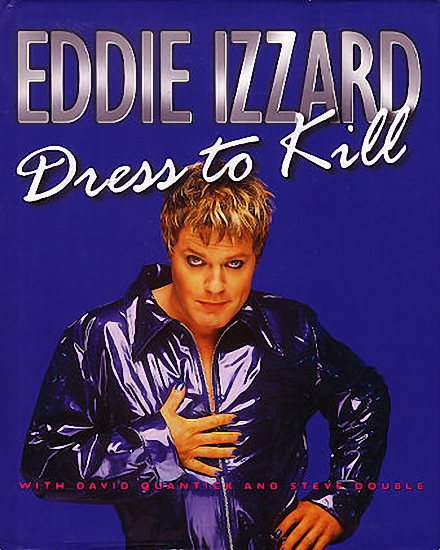 'Gandhi was pretty groovy and pretty thin. See, the trouble with Hitler was that he had a very bad moustache ... '
'If people want to keep the monarchy, they have to change this idea of "ruling over the people" to "serving the people". Take the top 50 bluebloods and seed them like tennis, have play-offs ...'

Eddie Izzard was born in Yemen, has lived in Northern Ireland, Wales and London. and realised at a very early age that he wanted to be a performer. He is now the best and most inventive absurdist thinker extant, celebrating a world of cats who dig for oil, dogs who are unhappy with their wash, and Captain Non Sequitur. He calls his art 'carefully crafted rubbish',

Dress To Kill, created by Eddie and comedy writer David Quantick, and featuring photography by Steve Double, gets deep inside the most original head in Britain.

'Bees make honey, which is so weird, because ... do earwigs make chutney? Do spiders make gravy?'