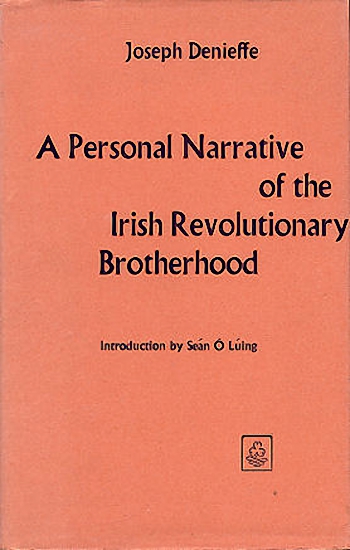 Denieffe, Joseph: A Personal Narrative of the Irish Revolutionary Brotherhood (7911)

Joseph Denieffe was an envoy sent by the Irish revolutionary leaders in New York to Ireland to establish a link with revolutionary leaders in Ireland. With Stephens, Luby, Langan and Garret O’Shaughnessy, he took the oath of allegiance to the Irish Republic. The fortunes of the movement in its seminal first decade are recorded in this narrative which Denieffe says ‘is a personal one and deals only with the matters with which I was closely connected, and the facts which I can vouch for as being absolutely true’.