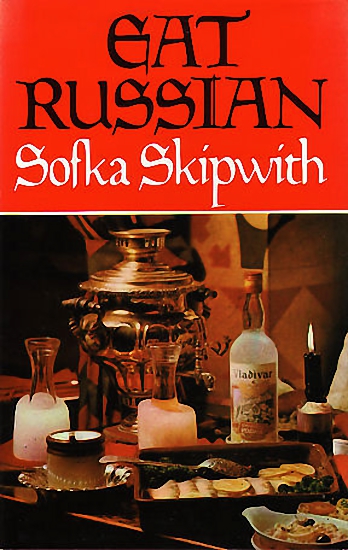 Here is a comprehensive collection of the best in Russian cooking. There are over three hundred recipes, ranging from the homely cabbage soup (Schi) to dishes suitable for a formal banquet such as veal with caviar sauce. An excellent and varied cold buffet can be offered from the large selection of Zakouski and Supper dishes or an entirely Russian meal composed of internationally renowned food such as Borsch and Chicken Kieff. This book will also be of use to anyone visiting the Soviet Union as it tells of the food and the drink a traveller is likely to encounter.

Besides providing recipes this book also indicates at what meals the various dishes are usually served. It describes old customs and examines how the cuisine of the country has evolved over the centuries.

Although some of the ingredients may appear unfamiliar, they are all obtainable without difficulty from delicatessen and health stores in provincial, towns as well as in the large cities.

Most of the recipes are easy to make and the average housewife is sure to enjoy adding some of these little known and delicious dishes to her usual menus.

The author was born at the beginning of the century in Tsarist Russia, and is a niece of the Tsar of Russia. After the Revolution she left the country with her family, and her youth was spent in the entirely Russian atmosphere of the emigre colony in Paris between the two World Wars. Over the past twenty years she has on numerous occasions visited the Soviet Union, collecting and trying out recipes, and speaks from personal experience of the way of life in that country.