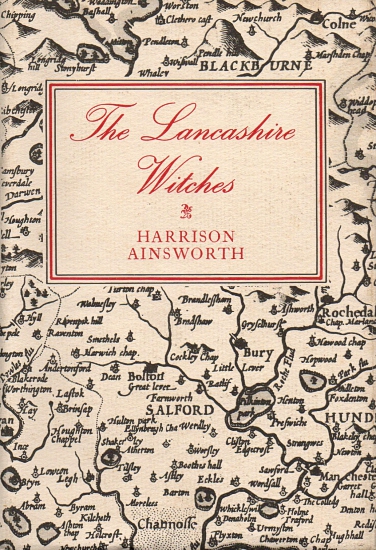 Ainsworth's last masterpiece, The Lancashire Witches, proved a best-seller in its day and influenced many contemporary authors. The Lancashire Witches begins in the 16th century, in Lancashire, England. When a Cistercian monk, Borlace Alvetham, is falsely accused of witchcraft and condemned to death by his rival, Brother Paslew, he sells his soul to Satan and escapes. Years later, granted the powers of a warlock, he returns in the guise of Nicholas Demdike to witness Paslew's execution for treason. Dying, Paslew curses Demdike's offspring -- who become the titular "Lancashire Witches."

The rest of the book is set in the 17th century. Mother Demdike, a powerful witch, and her clan face rival witches, raise innocent young Alizon Devi as their own, and try to corrupt Alizon despite her innocent ways. Ultimately, the book becomes a struggle between Heaven and Hell, with Alizon's fate hanging in the balance.