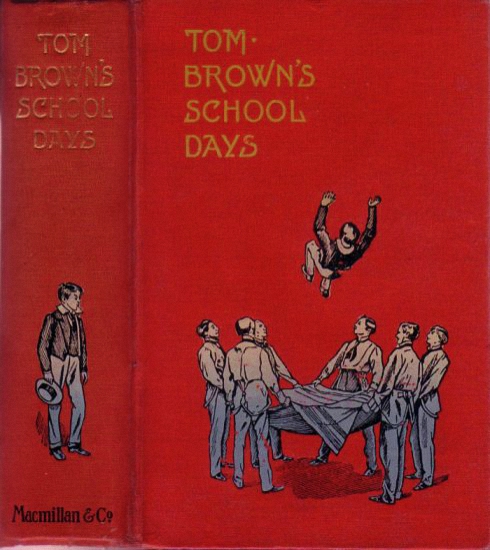 An 1857 novel by Thomas Hughes. The story is set at Rugby School, a public school for boys, in the 1830s; Hughes attended Rugby School from 1834 to 1842. The novel has been the source for several film and television adaptations.

Tom Brown's School Days was tremendously influential on the genre of British school novels, which began in the 19th century, and led to Billy Bunter's Greyfriars School, Mr Chips' Brookfield, St. Trinian's, and Hogwarts. It is one of the few still in print from its time. A sequel, Tom Brown at Oxford, was published in 1861 but is not as well known.

Tom's principal enemy at Rugby is the bully Flashman. The 20th-century writer George MacDonald Fraser featured the grown-up Flashman in a series of successful historical novels.