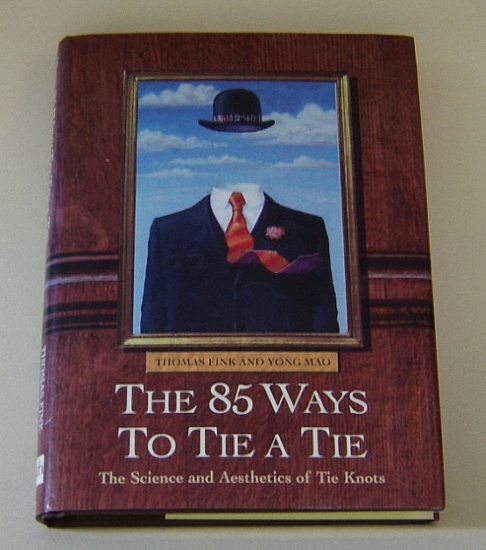 Until 1900 there was only one. In the 1930s Edward, Prince of Wales became the unwitting embodiment of two more, even though he in fact wore neither.
It was not until 1989 that a fourth was finally identified: in more than 150 years of tie wearing, only four ways to tie a tie were generally known.

But fashion's lethargy has been science's opportunity. Two Cambridge physicists, using a model based on atomic motion and a branch of mathematics — knot theory — determined to
unravel the full potential of the twists and turns of the neck tie and to free men's fashion from the tyranny of limited choice. This is the story of how they did it, how they discovered that eighty-five knots could be tied. By expressing aesthetic criteria such as symmetry and balance in mathematical terms, thirteen of the eighty-five knots could be proved to be stylish: the aesthetic knots.

They are all presented here, with diagrams and photographs, and accompanied by a history of tie tying. For the first time it is possible to choose between a Plattsburgh and an Oriental, a St. Andrews and a Nicky — as well as the already-known Windsor, half-Windsor and the ubiquitous four-in-hand. Style and science have never before combined so effortlessly to fashion the opportunities for the tie knot.