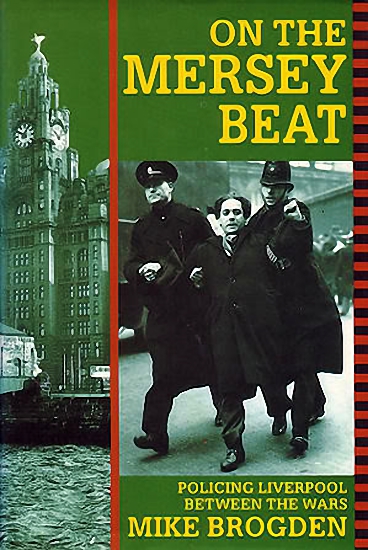 Brogden, Mike: On the Mersey Beat - policing Liverpool between the wars (10465)

On the Mersey Beat tells the story of police life in one of Britain's great cities before the Second World War. This is the story of the policemen (for there were no policewomen) who policed Liverpool between the wars. Related in their own words it tells of working conditions which, judged even by standards of the day, were appalling, of a hostile public wary of police officers and of dictatorial police chiefs willing to go to extreme lengths to keep the streets of Liverpool free of `undesirables'.

Using the oral testimony of survivors from this period On the Mersey Beat brings to life the often mundane, yet occasionally dangerous life of the 'beat policeman'. Tales of relations with bookies and prostitutes, the pettiness of CID work, and the all-important relationship of the police with industrial workers and ethnic minorities are recounted by the men, often ill-trained and ill-prepared, whose task it was to police the streets of Liverpool.

This is the compelling, dramatic, and often moving story of the men who walked `The Mersey Beat'.